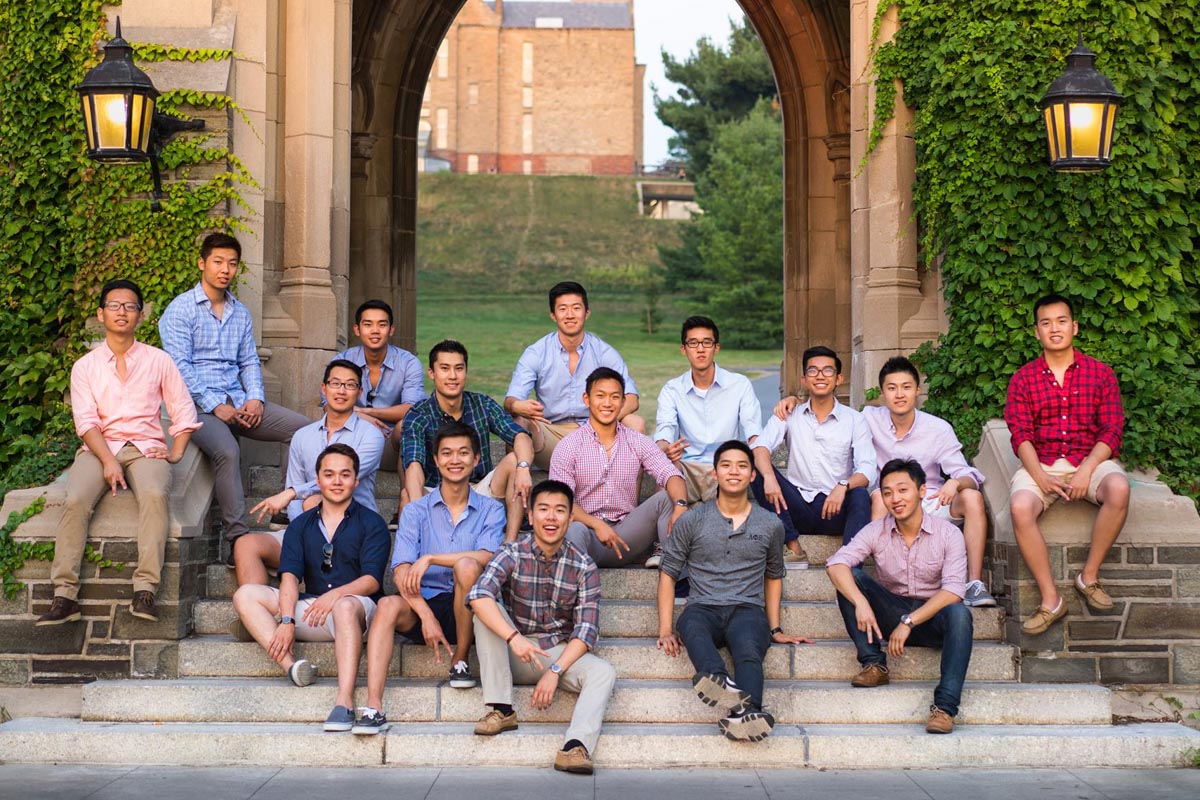 Posted at 08:26h in Chapter Spotlight by LFEfraternity 1 Comment

Reviving a chapter is no simple task. It takes a brotherhood forged of unity over a shared belief in values to rise from adversity and inspire a new era. Many chapters face this challenge during their lifetime, and those who succeed leverage the uncertainty in the future as a chance to blaze their unique trail to success. Cornell University’s Multicultural Greek Letter Council recognizes Lambda Phi Epsilon as the “Most Improved Chapter” this past spring, and their members now cull the rewards of a new fraternal direction.

David “Scout” Cho, initiated Spring 2014 at Cornell University, is the current president of the Alpha Kappa Chapter. David is a senior computer science major hailing from New York City and is a proud Chinese American. Upon his first active semester in the fraternity, he recalls his chapter predominantly run by the younger membership. Per Cho, “We flew under the radar and did the bare minimum to survive.”

During his active tenure, Cho sought to develop his chapter and establish a clear purpose for each active member. He shares, “We’ve been holding weekly executive board meetings and having useful chapter meetings. This was not always the case, and it makes us stronger as an organization. We’ve also been focusing on connecting with outside chapters, either through visits to them or hosting visiting bros. We also drastically improved our financial situation. From 2010-2013, we accrued over $5,000 of debt to multiple organizations and people. By the end of spring 2015, we managed to be completely debt free, by engaging with our alumni, council, and Cornell University.”

Cho manifests aspects of progressive innovation and sustainable advancement in his chapter’s continuously evolving vision. “As I consciously thought about the many changes that we needed to undergo, I became more inspired to lead my chapter to be a better version of its current state. Since I’ve crossed, Lambdas has become an organization in which young men grow up to become true leaders and truly become the best person they can be. That continues to serve as my main driving factor for wanting to serve as president, and is something I want to instill the same values in future chapter presidents.”

In five years, Alpha Kappa Chapter will be celebrating its 20th anniversary at Cornell University. Cho anticipates his chapter to reach greater heights when he returns for the fateful reunion. “Personally, I hope that our chapter will be doing better in ways that I could even imagine.”