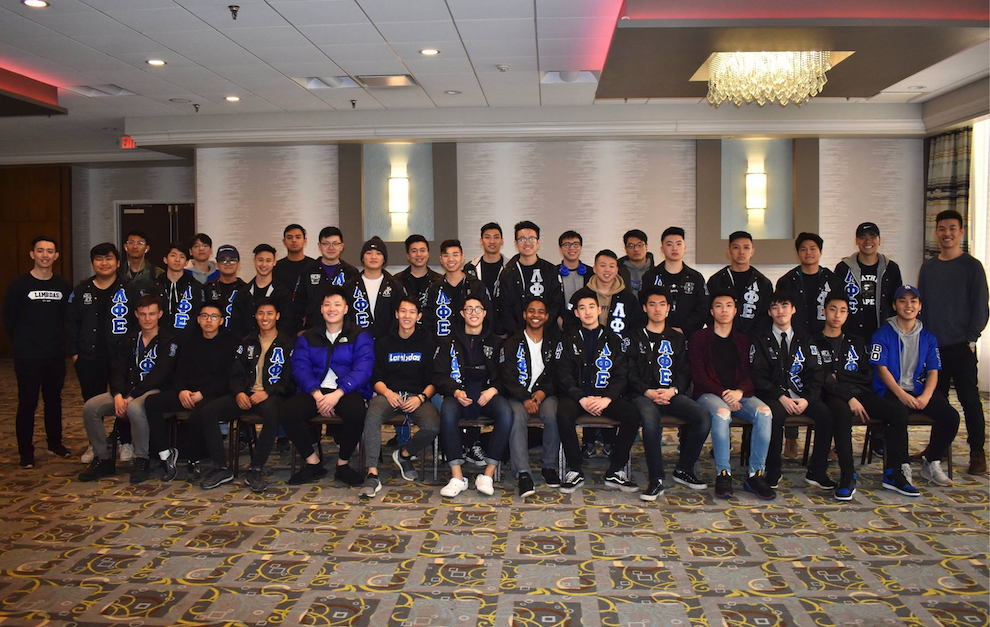 Posted at 22:00h in Chapter Spotlight by LFEfraternity 1 Comment

The Northeast and Mid-Atlantic Chapters of Lambda Phi Epsilon assembled in Binghamton, New York for the Northeast Brotherhood Rally (NEBR)—formally known as the East Coast Brotherhood Rally. The weekend retreat of programming was hosted by Alpha Alpha Chapter at the State University of New York at Binghamton, which welcomed brothers from 11 chapters in New York, Massachusetts, and Pennsylvania.

Northeast Governor Calvin Guo and Mid-Atlantic Governor Wesley Mark hosted a meeting reviewing the strategic direction of the fraternity, disseminating best practices for chapter operations, updating the expansion roadmap, and setting expectations for Convention. “NEBR was a great opportunity to learn from other chapters,” said Richard Yang of Syracuse University Associate Chapter. “We strengthened regional relationships in a centralized, face-to-face environment and opened more opportunities for cross-chapter collaboration in the near future.”

Due to one of the chartering founders at SUNY Binghamton passing away from heart failure late last year, Alpha Alpha chapter hosted a CPR training workshop for the brothers in attendance, in honor of Richard Mar. “Before the training presentation began, the whole room was polled to see how many knew how to conduct CPR. Only 5 brothers raised their hands, illustrating a large knowledge gap among college students and CPR training,” said Jeff Yu, a newly initiated member at Rochester Institute of Technology. “After completing the CPR workshop, we became significantly more confident in our ability to provide CPR in the event of an emergency.”

Sunday focused on building regional camaraderie through a brotherhood sports day, which included activities like tug of war and dodgeball. The traditional basketball tournament was also set up to see which chapter would be crowned as king of the court. After a couple of hours of friendly competition, the brothers of Syracuse University Associate Chapter emerged victorious as winners of the annual basketball tournament. After all of the events, two schools tied for first place. The chapters of the University of Massachusetts at Amherst and Syracuse were declared as Co-Champions of the 2019 Northeast Brotherhood Rally.

“It took a lot of work to host NEBR but was so worth it as brothers from all over the Northeast got to experience what it truly means to be a part of something bigger than their own chapter,” said James McLean, President of Alpha Alpha Chapter. “Binghamton had a great atmosphere for NEBR and I am sure next year will be even bigger and better.”