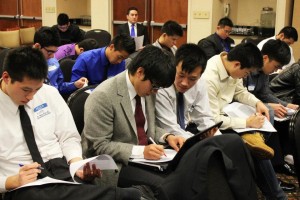 There are approximately 10,000 initiated members in the network of Lambda Phi Epsilon International Fraternity, Inc. Globally, 9,000 of these members are alumni. The goal of the Alumni Division is to get every Lambda Phi Epsilon alumnus to embrace the blessing of spending the rest of his life in deep, engaged, and rewarding fellowship with his brothers. Whether it be mentoring undergraduate students, producing local alumni social and professional events, or coordinating alumni community service projects, all alumni are encouraged to uphold their lifetime commitment to the brotherhood and usher in a new era of their lives.

Chris Cheung (Johns Hopkins): Co-founder and CEO of Boxed, a mobile e-commerce startup delivering household goods via smartphones and tablets. Listed as one of the “most desirable men in NYC” by the New York Post in 2015.

Cheung Lu (University of Virginia): President and CEO of TuSimple, a fully autonomous truck solution for the transportation and logistics industry. In 2021, he took his company public through a Nasdaq IPO.

Paul Qui (University of Houston): Winner of Top Chef: Texas in 2012. Represented the United States of America at the 13th annual S.Pellegrino Cooking Cup where he became the recipient of the 2013 Young Chef of the Year award.

As the largest Asian Interest Fraternity in the world, brothers own and operate many business ventures. Below are a sample of some brother owned establishments/businesses as well as discounts/access to tickets for brothers to utilize. Please email network@lphie.org for comments and questions.

To access discounts, please contact discounts@lphie.org with your name, chapter, semester of initiation, and the specific discount you are seeking.

To access tickets, please contact tickets@lphie.org with your name, chapter, semester of initiation, and the specific ticket you are seeking.

Are you a Lambda Phi Epsilon alumnus who wants to list your business here? Please fill out the following form to have your business included in our directory!

Questions on how to utilize the Lambda network? Contact the International Board at network@lphie.org. 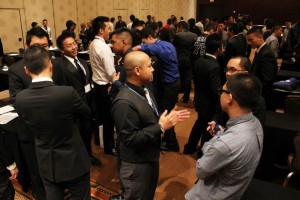 Graduate chapters are a way for alumni to continue building our brotherhood and serving the mission of the International Fraternity. Graduate Chapters will be focused in four primary areas: Leadership & Development, Undergraduate Relationships, Community Engagement, and Brotherhood & Networking. Members of a graduate chapter will have a voice in the fraternity (be able to vote on policies at Convention) and will be able to take advantage of opportunities to network, develop both personally and professionally, and move forward with purpose. 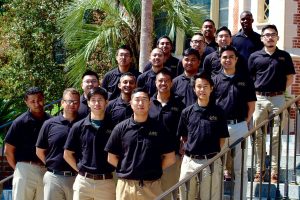 If you are interested in starting or joining a graduate chapter, please reach out to the International Board Alumni Team at alumni@lambdaphiepsilon.org! In order to charter a graduate chapter, three specific criteria must be met. First, a minimum of 10 graduate members must be registered with the International Fraternity. Additionally, the group must be able to demonstrate that it can provide Graduate Member services in a geographic footprint that i) does not overlap with or ii) is substantially unique from other Graduate Chapters. Finally, a Graduate Chapter is required to submit a letter of interest to the Director of Alumni Services. In consultation with the Director of Alumni Services, the Board of Directors will vote to approve recognition of the Graduate Chapter. 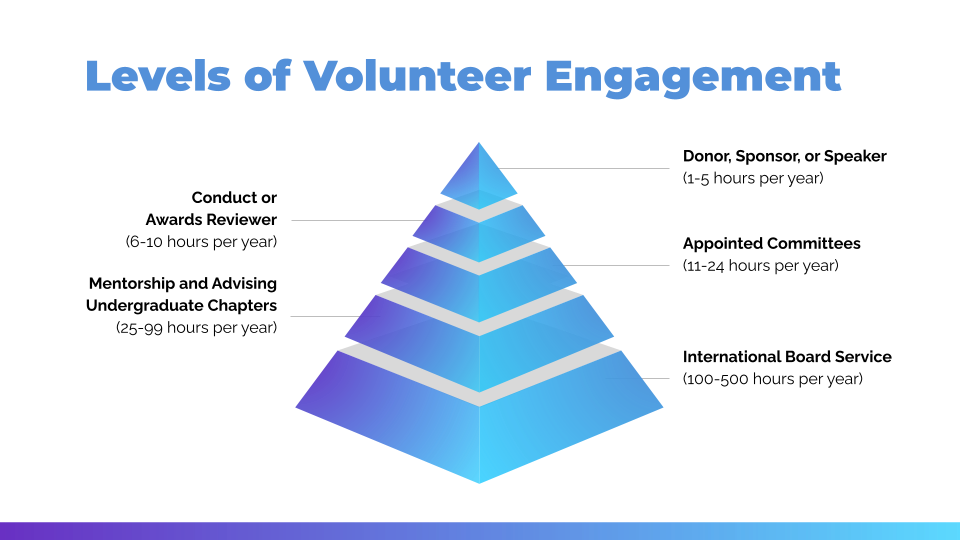 Lambda Phi Epsilon is driven to provide world-class opportunities to its members. Private donations support the ongoing development of Lambda Phi Epsilon services and programs. Financial contributions provide undergraduate members with travel assistance to international events, funding for student scholarship awards, improved coordination of fraternity events, and fuel for the expansion efforts that have made up the largest Asian-interest fraternity in the world. Private investment also symbolizes a significant vote of confidence in the work and the potential of the Lambda Phi Epsilon from our alumni, friends, volunteers, parents, faculty, and current active members. Please contact our Fraternity Treasurer to arrange a financial donation today.

All volunteer appointments are made through the Executive Director. While volunteer officers would not be entitled to any reimbursement for travel, appointed volunteers are invited to attend Convention at no cost as their registration would be waived.

Alumni who would still like to get involved with advancing fraternity projects but with a less time-intensive commitment are encouraged to serve through an ad-hoc volunteer appointment. Example volunteer projects include:

• Chapter Advisors: Help to mold the future of Lambda Phi Epsilon by advising a local chapter. Chapter Advisors work in concert with the Regional Governors to implement international programs and to provide advice and support on the day-to-day running of a chapter. Advisors can expect to dedicate 1-2 hours per week to their chapter.

• Alumni Team: Assist with the implementation of Graduate Chapters.

• Communications Team: Contribute content to the LFE Magazine in the form of written articles and graphic design.

• Expansion Team: Facilitate the mentorship of a new Interest Group. Interested? Fill out the Open Call for serving as a Charter Big Brother or New Member Educator.

• Programming Team: Share thought leadership as a speaker at an Orientation or Convention event. Interested? Fill out the Open Call for serving as an upcoming speaker!

• Standards and Assessment Team: Review individual scholarship and chapter awards to be conferred at Convention. Assist with judicial investigations. Time commitment varies based on assignment.