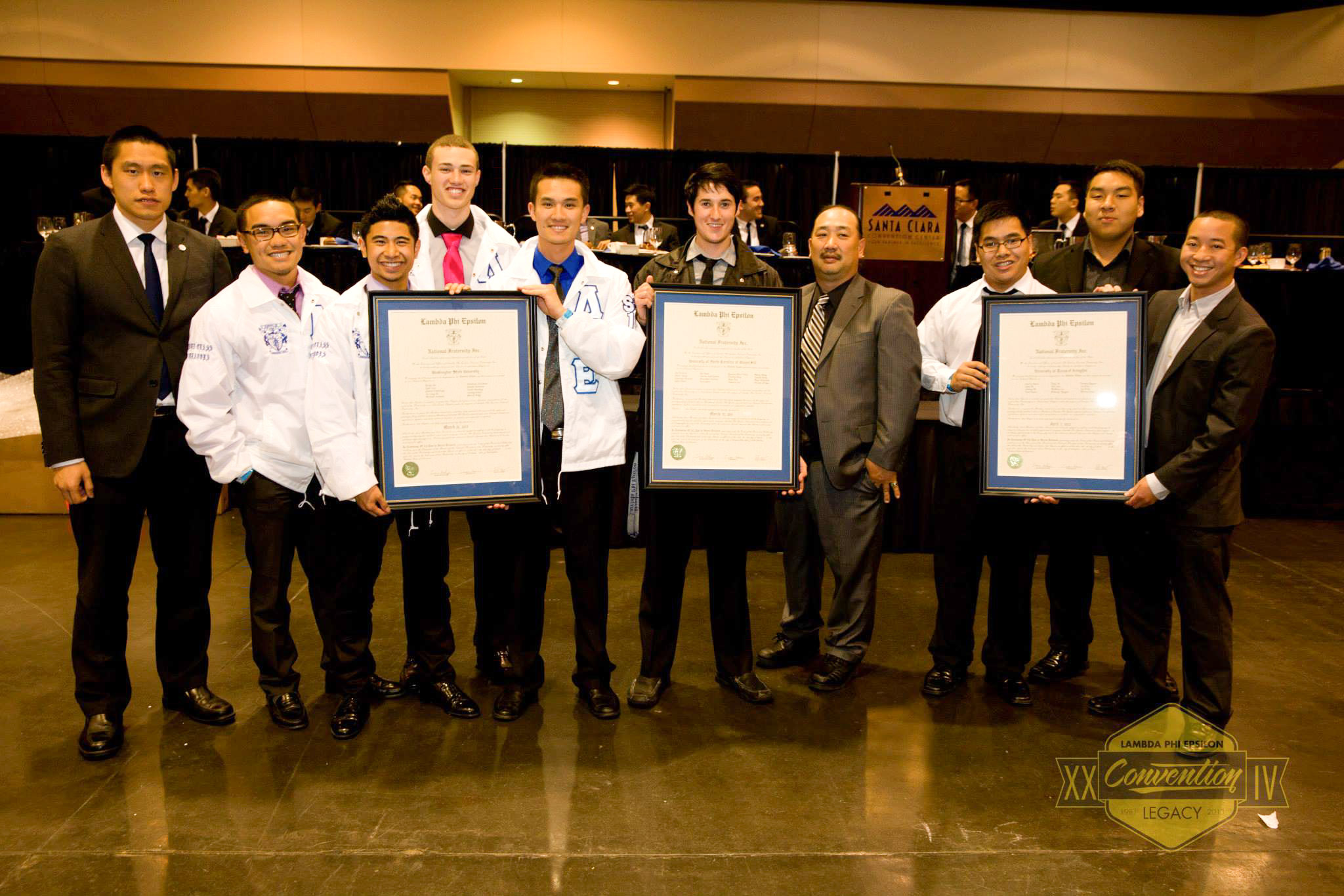 Posted at 05:45h in Fraternity Announcement by LFEfraternity 2 Comments

As the old saying goes, wonderful things come in three. We are thrilled to announce that our organization has chartered three distinct colonies geographically scattered across the United States.

University of North Carolina at Chapel Hill Lambda Phi Epsilon, formerly known as UNC Gentlemen, crossed on March 31, 2013 under the guidance of brothers from Duke University in the Southeast Region.

University of Texas at Arlington Lambda Phi Epsilon crossed on April 7, 2013 under the guidance of brothers from Alpha Omicron Chapter in the Southwest Region.

Each new colony received their official magna charter at Convention. Congratulations to all brothers involved in the expansion process!