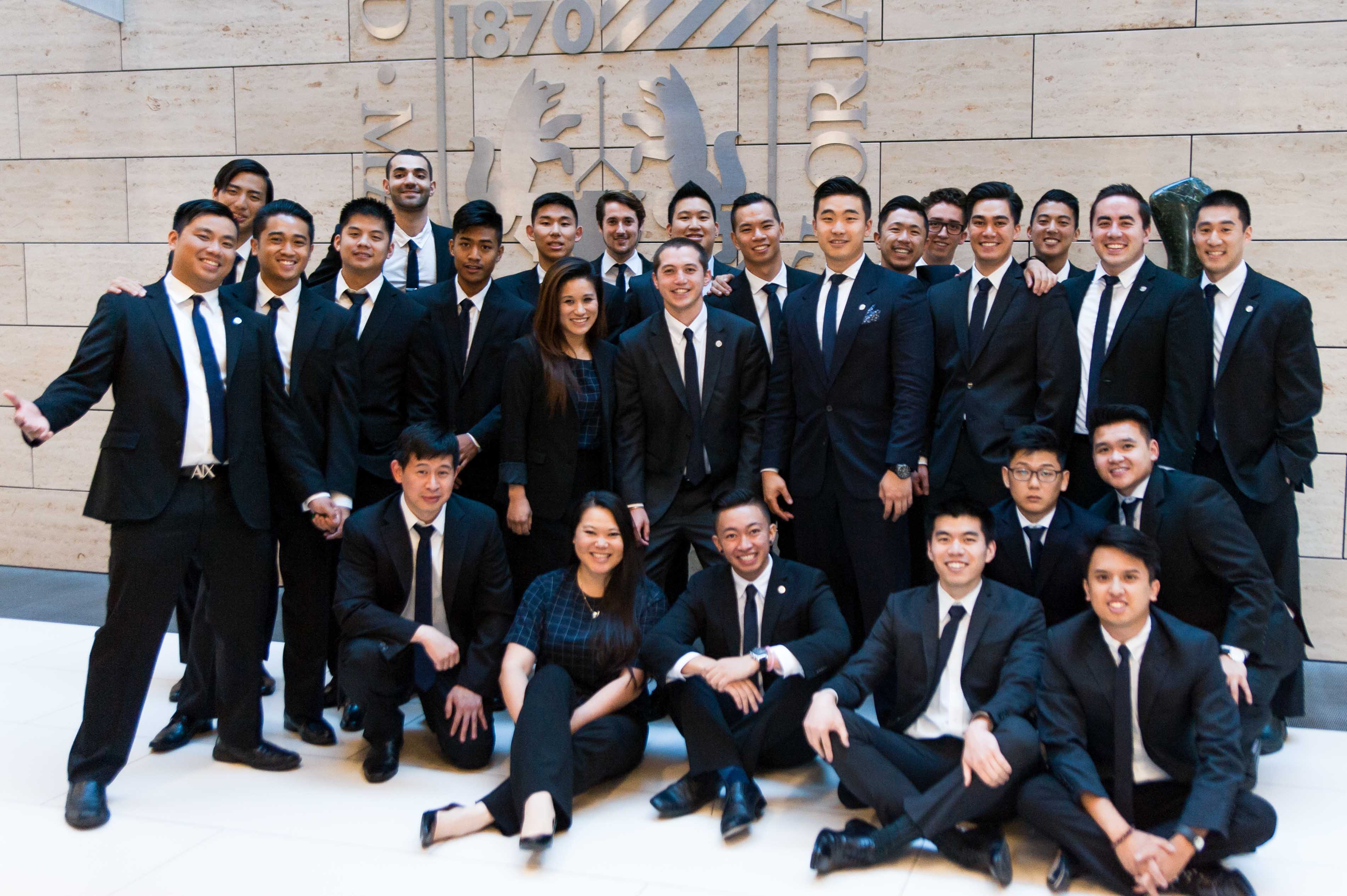 Posted at 14:22h in Fraternity Announcement by LFEfraternity 0 Comments

“How do you defy greatly?” was a question posed by Marcus Regidor, incoming Director of Education for the Lambda Phi Epsilon International Board to his fellow teammates this past weekend at the annual Leadership Summit. Executive and Supporting Staff, consisting of over 30 volunteers, came from across the nation to plan for the upcoming year. This year, the International Board met in the beautiful city of Chicago, Illinois, welcoming both new and returning members to the team. And while team building was a goal for the weekend, this idea of defying greatness resonated with the International Board as they set their eyes on the upcoming year.

“I didn’t know what to expect coming into Chi City for LFE Summit, but I am grateful for the opportunity,” one of the new Expansion Coordinators, David Kim, shared. “The amount of love and passion the International Board has for the fraternity is truly astonishing.”

Our International Board had a blast at this year's #LFEsummit! Check out our recap video~ #LFEfraternity #LPhiE pic.twitter.com/6DQ2ESsua5

An array of different speakers attended this year’s Summit to lead meaningful discussions about identity, masculinity, diversity and risk management. The weekend started off at Northwestern University where the Assistant Director of Student Affairs, Stella Okeke, explained the importance of protecting Lambda Phi Epsilon’s legacy by enforcing strong risk management practices. Paul Ang, the Coordinator of Men’s Engagement on campus, pushed International Board members to examine what it means to be a man and how preconceived notions of masculinity can prevent brothers from creating inclusive communities within their chapters.

On the second day of Summit, the International Board team reconvened at Loyola University where Ashlee Canty, Director of Diversity and Inclusion for Sigma Alpha Epsilon, engaged with members to actively examine their sense of identity. JT Turner, Assistant Director of Multicultural Student Affairs at Northwestern, echoed this topic by discussing the importance of understanding LGBTQ issues and how they impact fraternities at large. Fraternity and sorority professionals (Janine Myers, Coordinator for Sorority & Fraternity Life Development at Loyola University Chicago; Susan Lorimer, Editor of The Magazine of Sigma Chi; and Will Frankenberger, Director of Risk Prevention and Education) also volunteered their weekend to help individual teams plan various projects that align with the fraternity’s strategic plan.

The final day of Summit was spent at DePaul University where teams discussed ways they can better serve the membership. While many of the team members left Chicago yearning for more time to bond with one another and to plan ahead, they look forward to all the amazing things they have in store. Board of Directors’ Secretary Victor Em shared his thoughts after the summit stating, “We will not be complacent. With the diversity of views and backgrounds in our board, I believe that whatever we do will stand its ground against any test.”