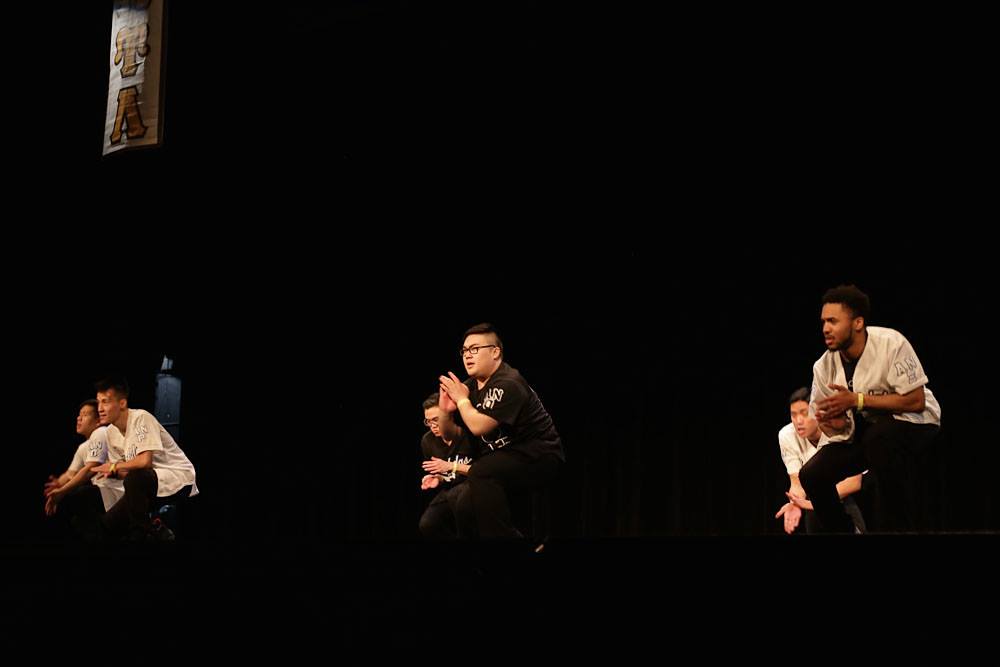 Posted at 04:16h in Chapter Spotlight by LFEfraternity 0 Comments

Brothers of Lambda Phi Epsilon at Baruch College storm the stage after winning the first place trophy at Triple S, an annual campus-wide showcase of step, stroll, and salute. Lambda Upsilon Lambda Fraternity and Lambda Pi Upsilon Sorority organized the campus-wide event to raise proceeds for New Yorkers For Children, a nonprofit charity based in New York City that provides resources for children in foster care.

Chapter President Phillip Choe (Finance, Fall 2011) led the choreography of the winning routine. Choe shares, “I’ve been dancing ever since high school as a freshman. I got into stepping/strolling ever since I crossed into the fraternity. Our chapter’s previous step masters, Phillip Law and Chevon St. Hillaire, encouraged me to take on the step/stroll master role.” External Vice President Max Zhang (Finance, Fall 2012) also shares a passion for dance. “I joined my middle school’s step team in the seventh grade, and during that same time I was in dance classes where I coordinated year-end performances,” says Zhang. “For people new to the art, I recommend learning steps in incremental pieces, practicing moves until they become etched in muscle memory, and rehearsing rhythm in front of a mirror to self-critique areas of improvement.”

The event drew in a diverse crowd of attendees predominantly from Black and Latino Greek letter organizations. Choe expresses how his chapter traditionally performs in front of Asian American audiences; he sought to increase the visibility of his fraternity’s performances to the greater Baruch community. “We stepped out of our comfort zone to show non-Asian interest groups what we are capable of achieving.” On the same note, Zhang explains, “We strive to build relations with other organizations in our school and want to show a different crowd that Asians can dance and step.”

Alpha Nu Chapter at the City University of New York in Baruch College nears the celebration of its 10th anniversary, founded on November 14, 2004. For Choe, the win perpetuates the brotherhood’s momentum of excellence as a thriving chapter. “We put extra effort in the performance knowing that our chapter’s 10-year anniversary was fast approaching. What better way to celebrate our excellence in brotherhood than to take home the gold?”