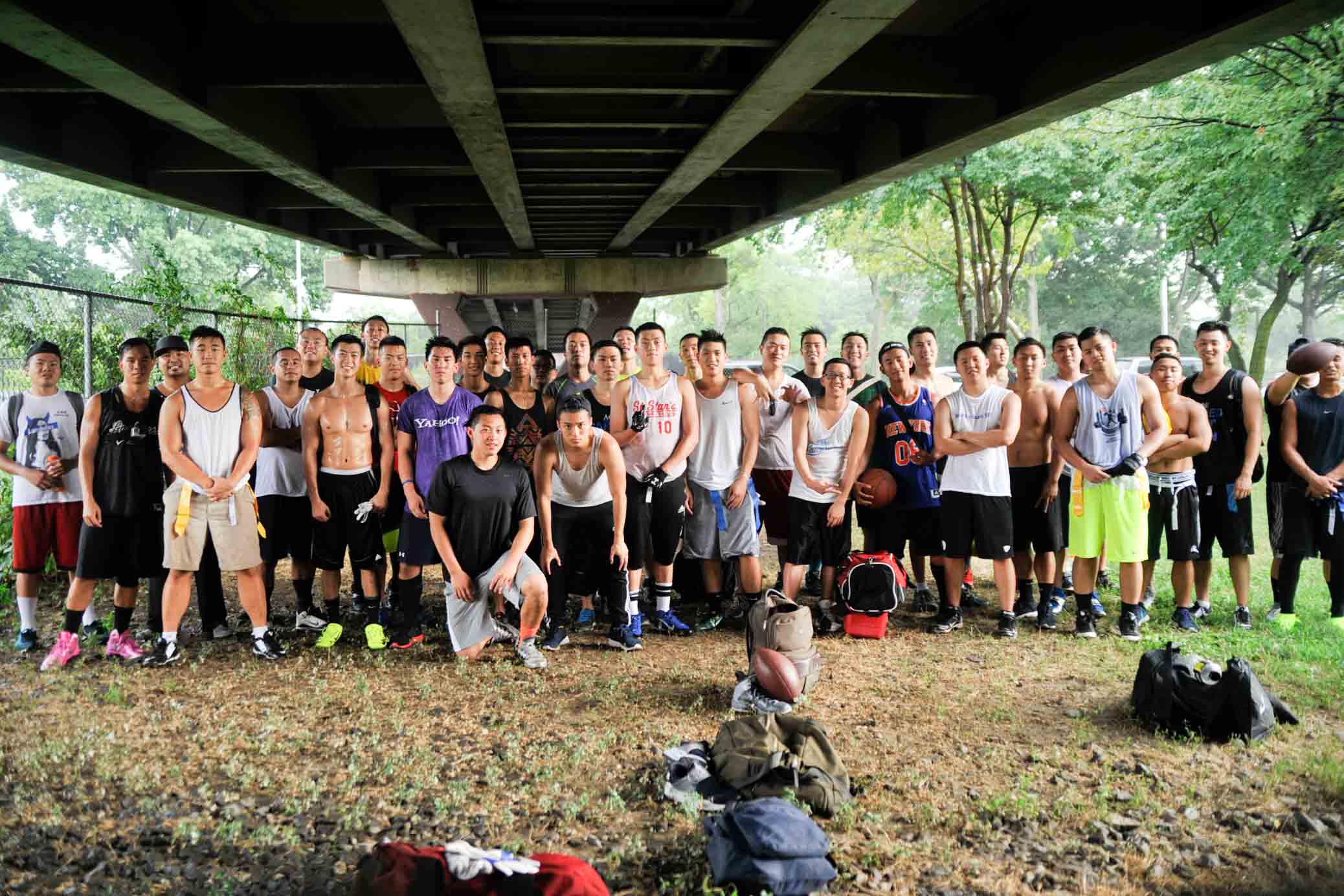 Posted at 20:34h in Chapter Spotlight by LFEfraternity 0 Comments

On August 16th, the fraternity’s Mid-Atlantic and Northeast regions hosted a summer field day event at Queens Corona Park, NY. The summer activities, collectively known as “Lambda Olympics,” aimed to unite active and alumni members over athletic and social interaction. The day consisted of basketball, football, and other teambuilding exercises.

Actives and alumni from St. John’s University arrived early to the park ready to take on the court. SUNY Stony Brook actives shortly came after also bringing along their alumni. In the first basketball game, St. John’s took the win with a 30-24 lead over Stony Brook. Binghamton came onto the court looking for domination with their wins over Stony Brook 30-24 and St. John’s 30-19.

Tables turned around for Stony Brook as they closed out St. John’s in a 5-0 win in football. Binghamton took a win over Stony Brook in a close 5-4 lead. The day ended earlier than anticipated due to unforeseen showers.

William “Gibbler” Yeung from Alpha Alpha Chapter brought back this long overdue tradition and provided food and beverages for the event.