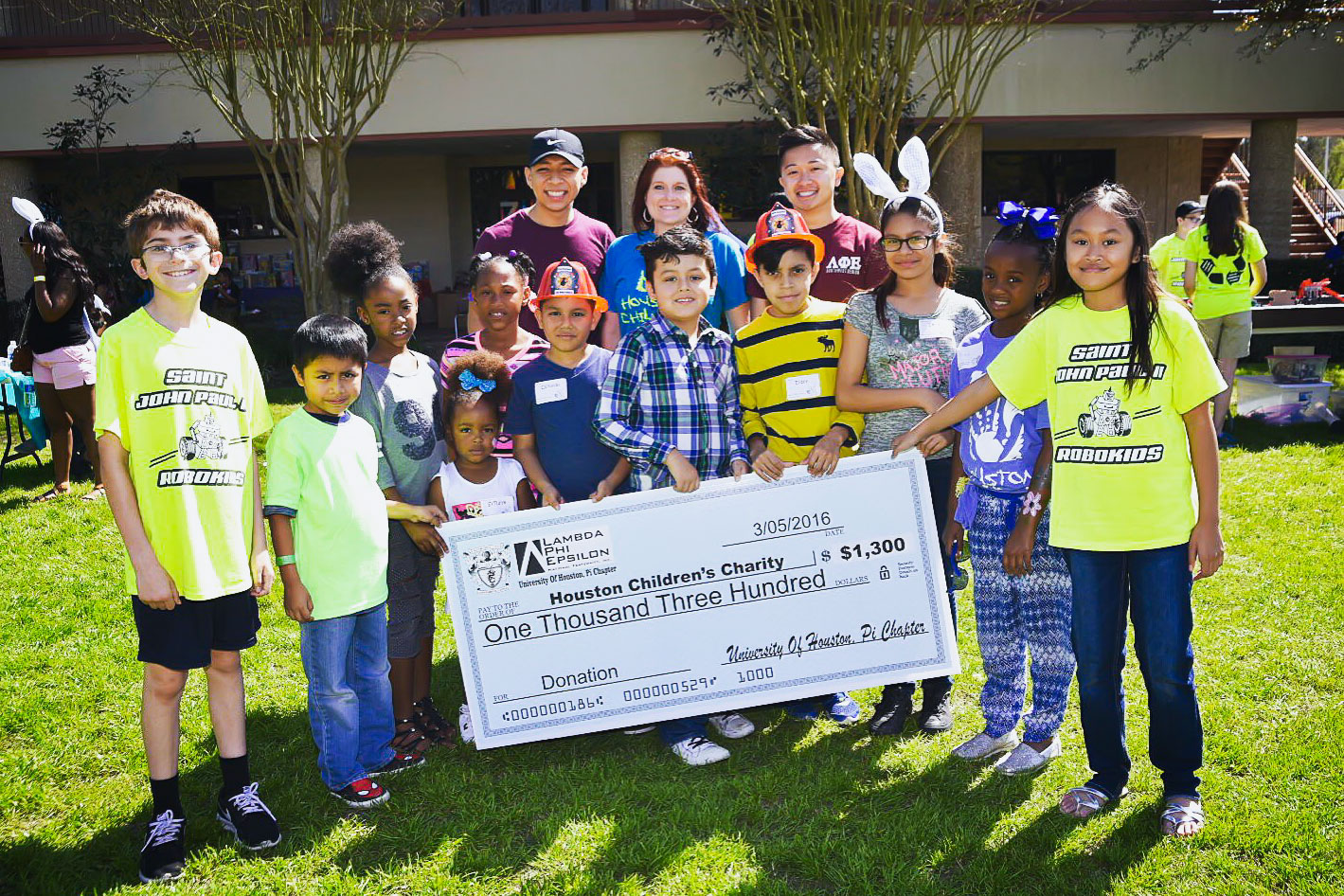 Posted at 08:12h in Chapter Spotlight by LFEfraternity 0 Comments

College senior Micael Tran (crossed Spring 2015), Chapter Vice President and Philanthropy Chair, coordinated the fundraiser. Per Tran, “The chapter aimed to raise awareness of the underprivileged, abused, and disadvantaged children in Houston. We chose to donate all our proceeds to Houston Children’s Charity because we wanted to give back to our local community. The children are our future, and we wanted to express that we care for them. Jugs for Hugs was our way of giving a hug to those in need of one during February—the month of love.”

Within a span of two weeks, the chapter raised $1,300, surpassing their expected goal of $200. Chapter Historian Davis Dang attributes the financial surplus to the healthy sibling rivalry between classes of the chapter. “We always make it into a class competition to see who could raise the most money,” says Dang.

Jugs for Hugs was a great turnout! We raised $1,300 for the Houston Children Charity and all from collecting change! pic.twitter.com/rFKajNoJus

This was the first time we worked w/ the Houston Children Charity & it was a success. We don't plan on stopping! pic.twitter.com/bm18vHxD0P

The chapter formed an ongoing partnership with Houston Children’s Charity, and its members look forward to organizing future projects together. According to Tran, “Active brothers from Pi Chapter are intrinsically motivated to improve the well-being of our community. With this new partnership, we have started a new journey to make a significant change in the lives of the children of Houston.”