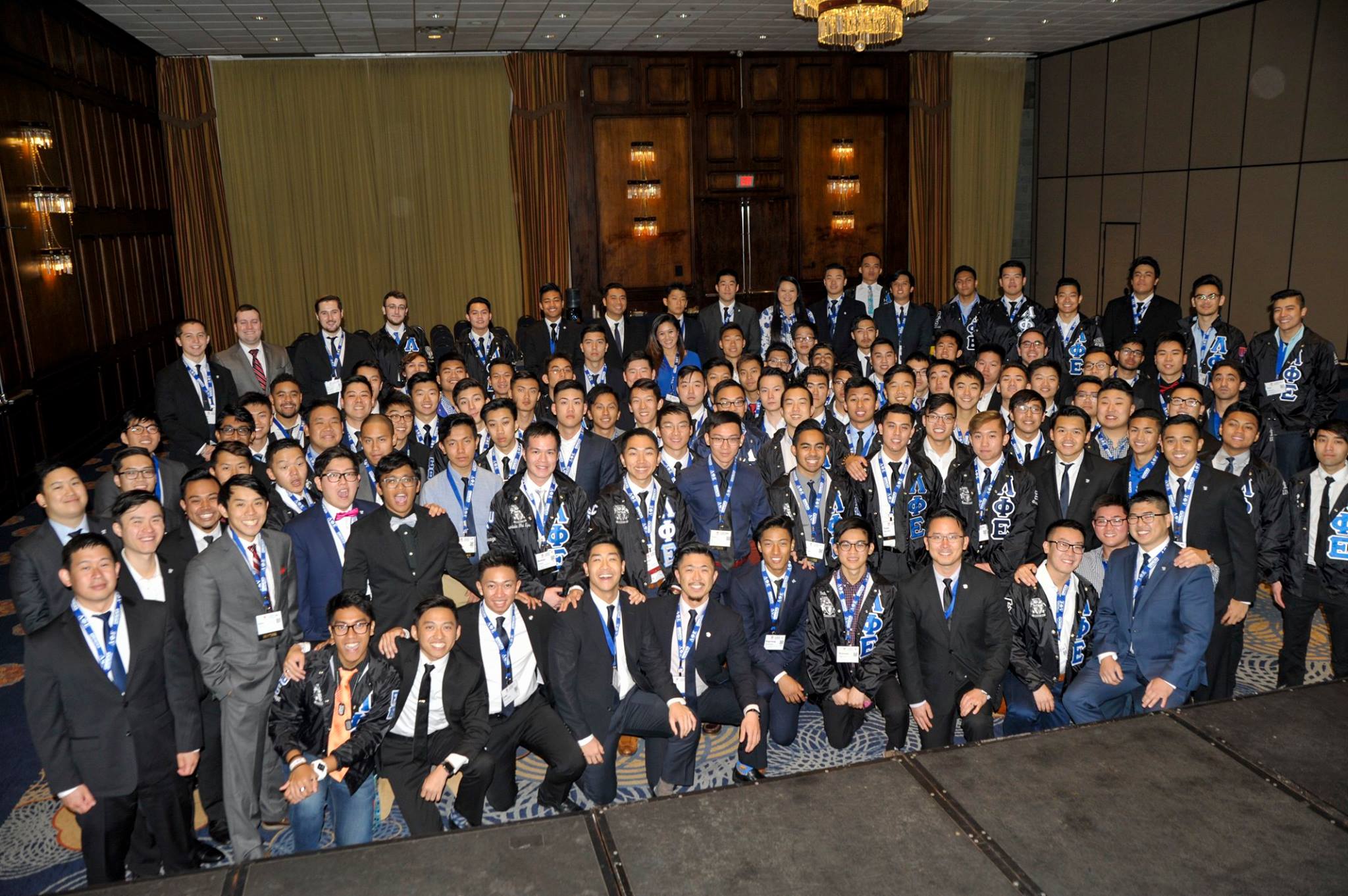 Posted at 02:50h in Fraternity Announcement by LFEfraternity 1 Comment

Convention marks a moment of celebration for everything accomplished the past year and everything that has yet to come. Convention ushers in new brothers who have joined over the past two semesters and welcomes in new chapters that have recently found a home on their respective campuses. It shines a light on the brothers who have worked hard academically and those who have given back to their community. And most importantly, it highlights the importance of brotherhood and the necessity of taking the right steps towards ensuring a legacy. This past Memorial Day Weekend, brothers from across North America convened in Atlanta, Georgia to share this special moment and to shape further a brotherhood made eternal.

Since the International Fraternity’s formal partnership with alpha Kappa Delta Phi, both organizations prioritize joint programming to instill the meaningful aspects of Greek life in more engaging ways. On the first day of Convention, active members from both organizations came together to donate clothing for those in need. Brothers and sisters alike dressed up in an impromptu fashion show on Friday evening, illustrating how each piece of donated clothing still carried value. The clothing was donated to NSPIRE Outreach, an Atlanta-based nonprofit organization aimed towards ending homelessness and domestic violence through transitional programs. “It was really satisfying to be able to program something fun for the active members and alumni, especially when it went to support an organization doing such important work,” said Jim Gaffney, Lambda Phi Epsilon Executive Director. “Being of service is a key component to who we are as Greek men and women, so to be able to host a philanthropic event for our members during Convention is great for us.”

Celebrating the successes of active brothers has always been a cornerstone of Convention. This year, Lambda Phi Epsilon created a new award to recognize alumni who have achieved profound success after college, demonstrating what it means to a Lambda man and an agent of change. Thus, Dr. Ajay Nair, a Spring 1994 initiate of Tau Chapter, was awarded the inaugural Lambda Phi Epsilon Man of the Year award. Dr. Nair is currently the Senior Vice President and Dean of Campus Life at Emory University and has worked tirelessly in cultivating cultural humility in engaged campus communities. He addressed both brothers and sisters on the importance of authentic leadership. “Greek life must allow the multiplicity of identities to flourish,” Dr. Nair said. “We need your leadership to challenge the old ways of operating. Leaders like you—life ready. You are our moral compass.”

On Saturday, the International Fraternity and Sorority provided 17 different joint workshops split among four different tracks (junior active, senior active, alumnus, and general) that aimed to enhance both the chapter development and personal development of Convention attendees. “This year’s convention at Atlanta is the very first one for me, and I had the privilege to meet most of the Lambda Phi Epsilon brothers at different stages of their lives,” said Hein San of Syracuse University. “As an intern, putting the final touches on each of the events gave me a more clear view of careful planning each event required.”

Jordan Fischette of Andrew Reid Consultancy delivered the second keynote address of the weekend. As a member of Alpha Tau Omega Fraternity and a Hank Nuwer Anti-Hazing Hero, Jordan spoke to the importance of making courageous decisions to transform the Greek life experience for future generations. “Our keynote presenters this weekend did a phenomenal job relating their undergraduate fraternal involvement to the impactful work they do today,” said Billy Nguyen, Director of Programming.

The final day of Convention began with a House of Delegates meeting where chapter delegates employed parliamentary procedures to discussed upcoming policies that would impact the general membership. Elections for two open positions on the Board of Directors were also conducted: Joe Vo from the University of Georgia was elected as the Internal Vice President and Michael Liang from Purdue University was elected as the Treasurer. “After the chapter delegates reviewed application materials and resumes, posed questions during the elections, and deliberated over the candidates; it brings me pride to see the chapter delegates vote with confidence in our newly elected board members,” said Brenda Dang, Director of Administration. “Not all candidates from other organizations are afforded a fair and reasonable process. With Lambda Phi Epsilon—our members are.”

The Convention banquet and closing ceremonies signaled the final event of Sunday evening, where distinguished members and prominent chapters were recognized for their achievements this past academic year. Newly chartered chapters were formally recognized into the International Fraternity and scholarship recipients shared their compelling remarks to the audience. The banquet concluded with the announcement of a newly promoted chapter: Alpha Psi at the University of Kansas. “We’re thankful to all the brothers and the International Board for the honor to become Alpha Psi,” said Carson Nguyen of the University of Kansas. “Our house is overwhelmed with happiness!”