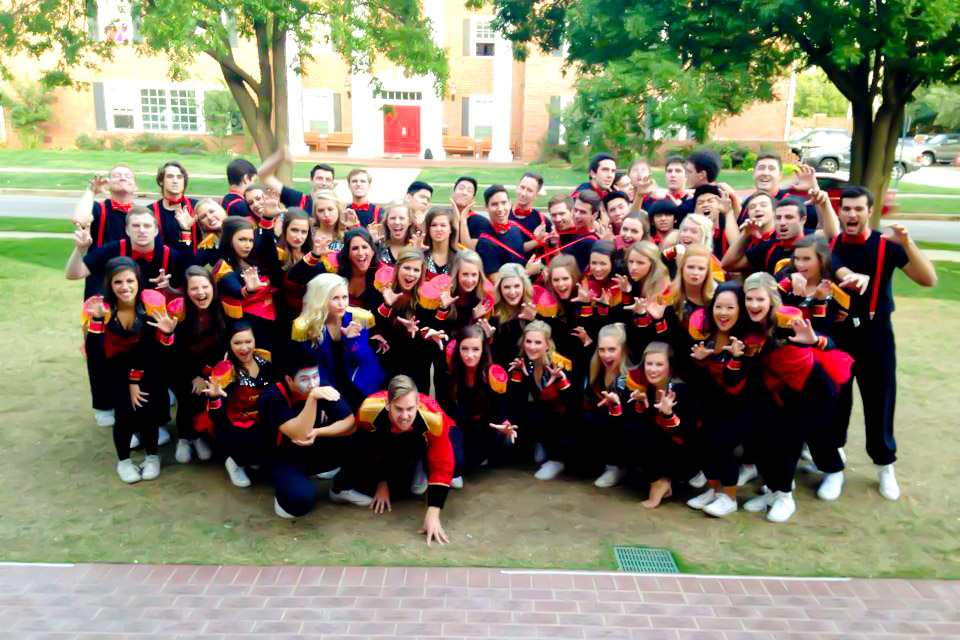 21 Oct Behind the Curtain

Posted at 14:43h in Chapter Spotlight by LFEfraternity 0 Comments

Lambda Phi Epsilon at the University of Oklahoma presented a dynamic performance for their university’s annual homecoming rally. Partnering up with local chapters of Kappa Kappa Gamma, Lambda Chi Alpha, and Phi Kappa Psi, the all-star team won the dance competition’s first place victory and the overwhelming roar of the student body.

Lambda Phi Epsilon choreographers Vinh Vu (Multidisciplinary Studies/Pre-Med, Fall 2011) and Evan Ward (Photography, Fall 2012) heavily shaped the winning routine that featured complex backflips, impromptu splits, and synchronized hand tutting. Per Ward, “Every year there is a different theme for homecoming. This year it was ‘Bound as One’ so we were supposed to use books as our inspiration, and we decided on Water for Elephants. Practices happened three times a week with two to three hours devoted to each practice. We rehearsed for nearly a month.”

This is not the first time Lambda Phi Epsilon engaged in the university tradition. “We started becoming involved in homecoming in 2012 when we were noticed by Alpha Omicron Pi because we danced and won their Take the Stage competition,” stated Vu. “First place means so much to me because it was my last year performing for homecoming. I knew I wanted to do better than last year, where we placed second in the dance competition.”

There are more performances in store for Oklahoma Lambdas. This coming spring, they will be participating in their Campus Activity Council’s Sooner Scandals, a campus-wide showcase of student performances in vocal, theatre and dance. They are also slated to perform in OU alpha Kappa Delta Phi’s annual invASIAN showcase to promote Asian American culture. Until then, the brothers will be preparing a new set of moves to top their “Greatest Show on Turf.”