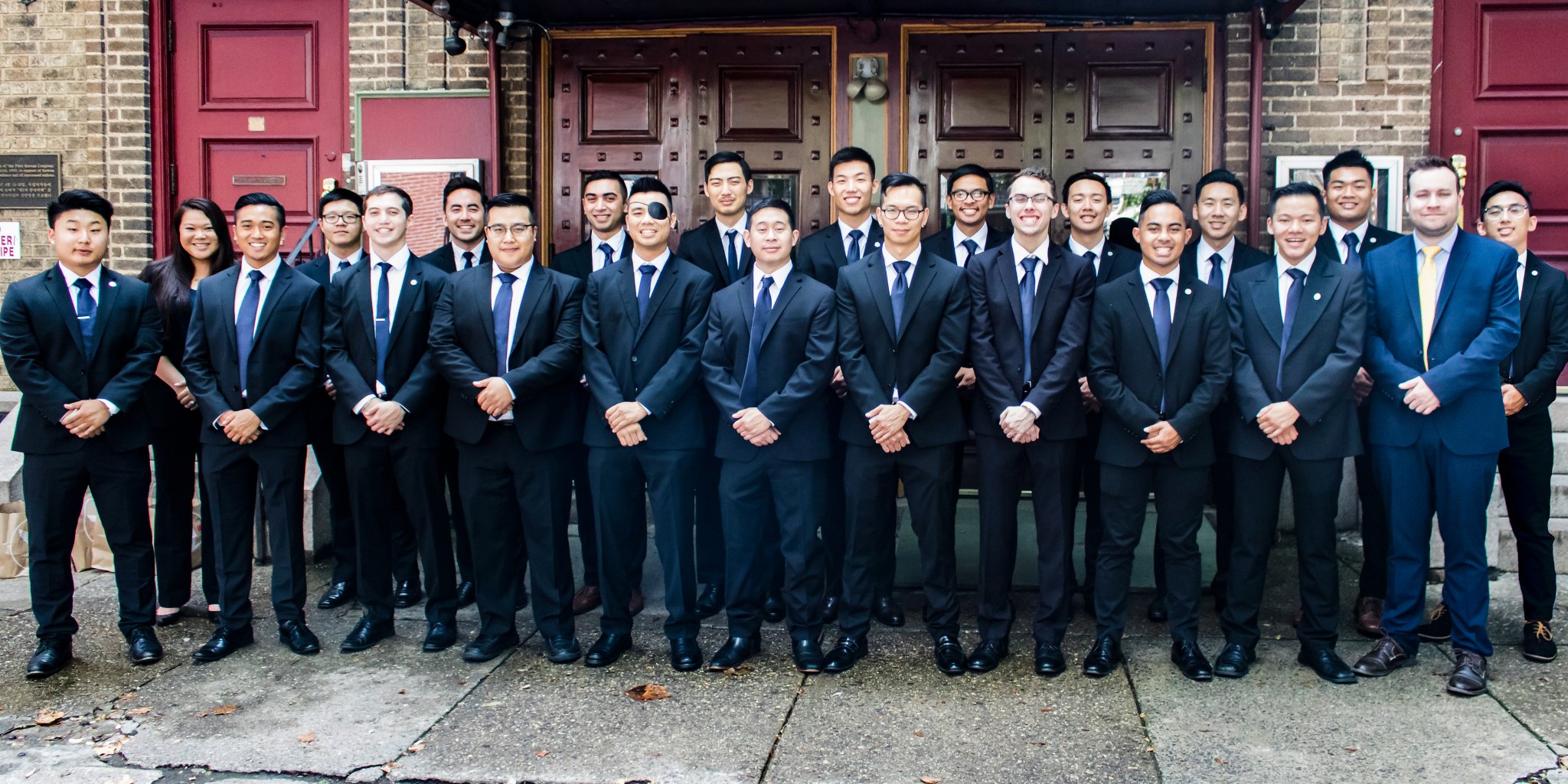 Posted at 20:02h in Fraternity Announcement by LFEfraternity 0 Comments

Incoming officers of the Lambda Phi Epsilon International Board convened in the City of Brotherly Love to welcome new and familiar faces to the team. Held at the historic Plays and Players theater in downtown Philadelphia, fraternity staff met to review the strategic direction of the organization for the upcoming academic year.

The first day of Summit began with nostalgic greetings, seeing familiar faces, and introductions for the new officers. The International Board then welcomed Nicole DeFeo, Executive Director of Delta Phi Epsilon, Helen Xu, Associate Director for Diversity and Inclusion within the OFSL at the University of Pennsylvania, and Christian Nascimiento, former International President of Kappa Sigma and an executive at Comcast. The guests offered the wisdom gained through their years working in various roles within the fraternal community as well as anecdotes on how they solved nuanced challenges within their jobs.

Day 1 of #LFESummit was a success! Thank you to our 3 speakers for sharing with us their insight and experiences in the Greek world! 🐲#LFEFraternity #LPhiE #LambdasPhiEpsilon https://t.co/ICXJi2B4Bf pic.twitter.com/btOe8gXmdo

The last day of Summit began with breakout sessions to discuss the various team goals for the upcoming year. Members of the International Board highlighted the importance of individual, social, and collective identities. By deeply understanding and listening to the diverse experiences of its members, officers recognized the role authenticity can play in the fraternal movement.

Sprinkled throughout the weekend were social activities that increased the cohesion between new and returning officers, ranging from competitive axe throwing to team dinner at the local Chinatown to evening karaoke. The newest set of International Board officers are now trained and ready to advance the fraternity.