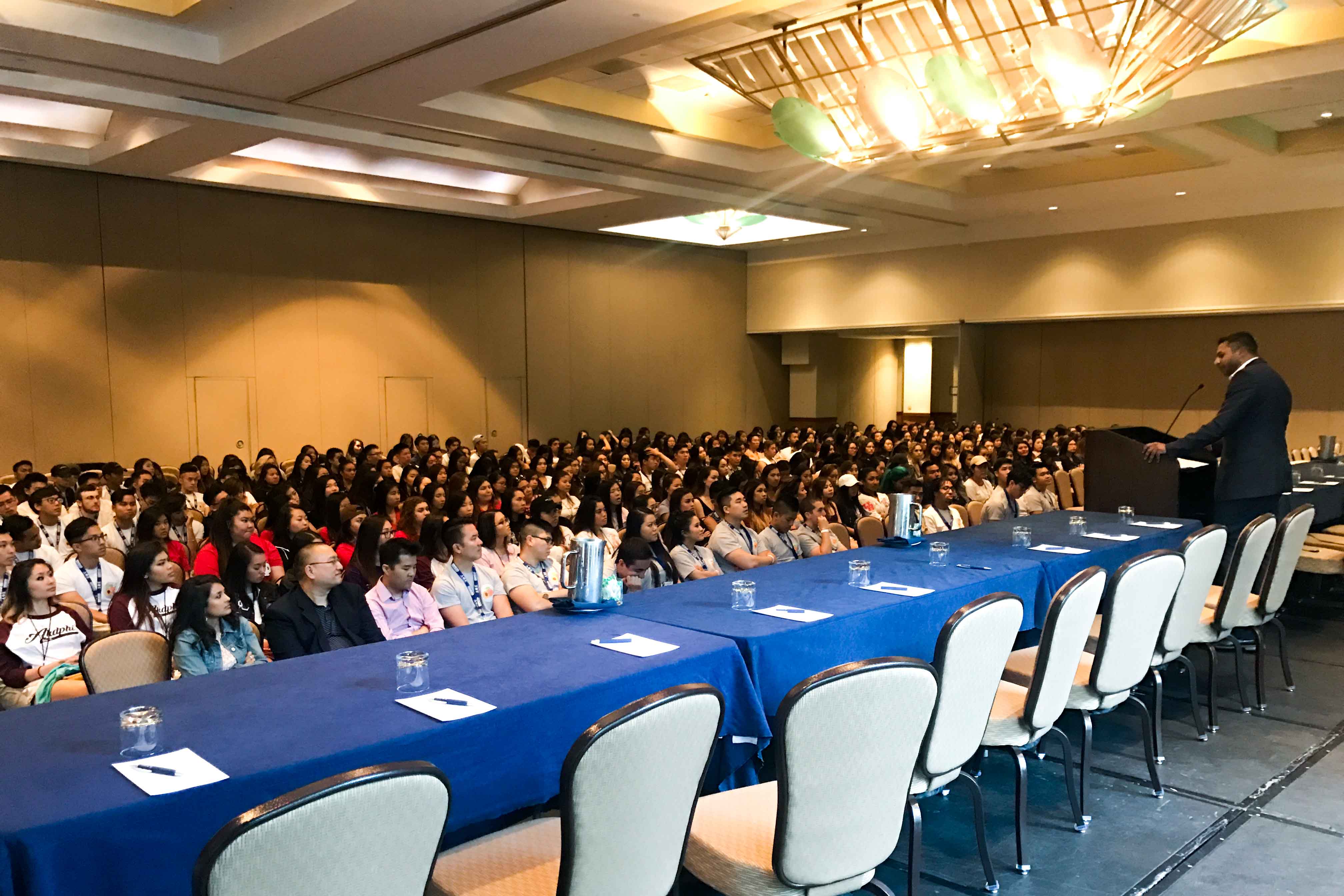 Posted at 00:45h in Thought Leadership by LFEfraternity 0 Comments

Who are you created to be, and who has the world told you to be? I have a 15-year-old son, and he is already taller than me. He is a model by the way, and I take great joy when people tell me he looks just like me. It doesn’t happen that often, but I take great joy when it does. The world has already stereotyped him and told him who to be. To our dismay, three years ago he said he wanted to play football. We conceded after many, many calls from the coach who assured us that he would be safe playing football.

On the first day of practice when he took that first big hit, it was clear there was dissonance between what the world told him to be and what he was created to do. It was written all over his face. Why in the world would I want someone hitting me for 48 minutes? And then to make matters worse, the coach pulled my son in close by his helmet and he said two things after that first big hit. The coach said, “If I had your body when I was your age, I’d be knocking people around,” and then he said, “If you want to be the best, then stop thinking so much.” Later that evening as my son iced various parts of his body he said, “Dad, I really like thinking.” He is now retired from football, and he has become a very big baseball and basketball player. We were all created to have an impact on the world and people around us. We were all—all of us—were created for so much more.

It isn’t easy being your authentic self because society has compartmentalized our identities. Society has ignored the fluidity of our cultures. Society has imposed dominant ideologies upon us that maintain power and privilege. Our Greek communities enable us to carry our own boombox so to speak, knowing that strength of our members is behind us all of the time.

Greek life must allow for the multiplicity of identities to flourish. To essentialize our identities will weaken our bonds. Once I connected the dots between the meaning of brotherhood and my role in it, I began to think about what it means to be life ready. I grew up probably like many of you thinking about what it would mean to be work ready, not life ready. What job would I get, how much money could I make, but I never gave appropriate thought to an equally and perhaps more important question: Was I ready for life’s challenges, for life’s ups and downs?

I first began to think about this during my first deanship at the University of Virginia. Only a few months on the job, the September 11th attacks occurred. As I worked day and night to help the community heal, news had broken about a peculiar, misguided, and offensive remark by then UVA football coach, Al Groh. A reporter mentioned to the coach that several of his players had voiced concerns about flying to the next game on their chartered jet. The coach replied, “I’m not saying this to make light of it by any means, but I’m not planning on having any Arabs in our traveling party, so therefore I think the probability of our getting hijacked is pretty remote.” I was a new dean at Virginia and so who better to deal with this major controversy than the new person. Was I job ready? Was I work ready? I couldn’t help but think that part of the perception that I was job ready for the situation was related to my physical appearance. Maybe I looked Arab enough to assuage the situation, but was I life ready to handle the situation?

After all of this, this type of situation, no one prepares you for this. The classroom doesn’t prepare you for this, but I do believe that Lambda Phi Epsilon, aKDPhi can prepare us. Frankly, I was naïve about the power dynamics between a Division I “coach” and the marginalized students and my role as a new dean. I was unprepared for the many emails in support of the coach’s comments. I was confused and I was troubled, but also seemingly empowered by the way in which my colleagues had essentialized my identity to deal with the problem.

Without my life ready training in college and my experiences in our fraternity, there is no doubt that I would have entered that conversation angry and skeptical and not ready to listen. After a great deal of dialogue and a gentle push from the president of the university, the coach apologized and the students that felt aggrieved had their faith restored in the university as a welcoming place. Many years ago as an undergraduate student, I couldn’t have imagined sitting in the coach’s opulent office dealing with such a controversial issue. I think the experience that you gain through Lambda Phi Epsilon and aKDPhi can prepare you indeed for life, especially if you’re deliberate about opening yourself up to new experiences. But it wasn’t until I became a brother of Lambda Phi Epsilon that I realized that I developed an incredible resume with honors, with distinctions, with titles; but I had never truly considered what I was trying to accomplish.

Certainly all that I had done inside and outside the classroom had prepared me for life readiness, but I hadn’t deliberately thought about my strengths and my weaknesses. The padded resume was less important than my failures, my mistakes, my struggles. From that moment on, I promised myself to be purposeful in my leadership role, to be a change agent, to be truly life ready, but to be an agent of change and ready for life in the real world requires cultural humility. We’ve taught you that cultural competence should be your goal, but does cultural competence give you a sincere understanding of yourself and others? We fail to engage in self-reflection and self-critique. We fail to check our own baggage at the door before engaging with others. Cultural competence drove my positioning with the UVA coach. Cultural humility may have prevented the situation to begin with.

I hope this convention for all of you signifies an awakening like no other, an opportunity to reflect, and to begin to piece together how you will take full advantage of your Greek experience so you can change the world. If you open your mind and your heart, your brothers, your sisters will help you develop cultural humility and become life ready and help you find yourself, to find liberation—not define yourself by some societal standard—and push you to follow a standard of your own making. Lambda Phi Epsilon and aKDPhi, I’m sure have presented you with experiences that you may not be accustomed to. Your ability to negotiate these experiences provides you with an opportunity to critically examine the world and your role in it as an agent of change, but to be an agent of change requires struggle. It requires introspection. It requires you to push yourself, to challenge your own system of values and beliefs.