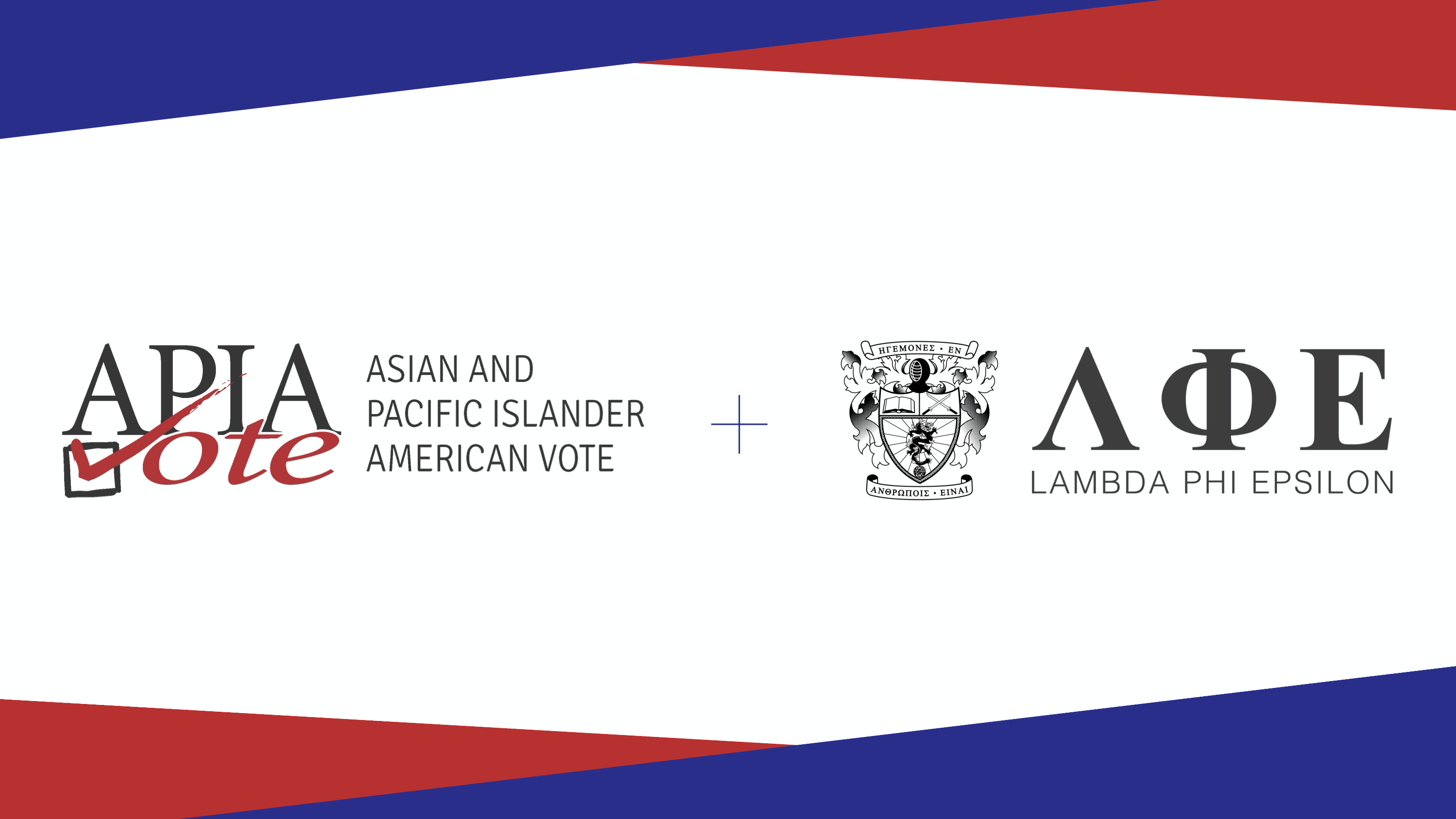 Posted at 07:33h in Fraternity Announcement by LFEfraternity 0 Comments

The Board of Directors of Lambda Phi Epsilon International Fraternity is pleased to announce a formal partnership with APIAVote. Recognized chapters will work closely with APIAVote Ambassadors at targeted universities to increase voter turnout for the 2020 United States election cycle.

According to AAPI Data, “voting rates among Asian American adult citizens remained low (49%) relative to Whites and Blacks (65.3% and 59.4%, respectively) and was slightly higher than voting among Latinos (47.6%)” in the 2016 US Election. Undergraduate students will be trained to register fellow peers on campus through an online webinar co-hosted between APIAVote and the International Fraternity. As voter registration requirements vary by state, Lambda Phi Epsilon members will be versed in sharing resources to educate new voters.

“Lambda Phi Epsilon is proud to partner with APIAVote to improve voter participation within Asian Pacific Islander Desi American communities,“ says International Fraternity President William Tan. “We know that voting is a habit-forming practice, and believe that a collective and empowered AAPI voice can only be sustained by cultivating an environment of civic participation and engagement.”

“APIAVote is excited to work alongside Lambda Phi Epsilon to uplift AAPI voices and issues through voter registration initiatives to ensure that our community is included in the conversations and decision-making process of this nation,” says APIAVote Programs Associate Julie Wu. “Youth voter turnout is on the rise, and we aim to continue the momentum throughout the 2020 elections!”

“Lambda Phi Epsilon members are already engaged leaders within their community, and the opportunity to concentrate their mobilization efforts toward voter registration will connect more Asian Pacific Islander Desi Americans to the polls,” says International Fraternity External Vice President Bryan Dosono. A volunteer for the APIAVote Youth Advisory Board and the National APIDA Panhellenic Association Board, Dosono comments, “Beyond elections, our continued collaboration on large-scale outreach initiatives—like the push to be counted on the US Census—serves a larger role in advancing the representation of APIDA bodies and voices in an ever-growing America.”

Chapter leaders were first made aware of the partnership at the International Fraternity’s Presidents Orientation in January. “A type of programming I’m excited to bring on to my campus is educating the general population about caucuses and primaries,” says Byron Solis, a Lambda Phi Epsilon undergraduate at Florida State University and APIAVote Ambassador.

About APIAVote
APIAVote is a national nonpartisan organization that works with partners to mobilize Asian Americans and Pacific Islanders in electoral and civic participation. APIAVote envisions a world that is inclusive, fair, and collaborative, and where Asian Americans and Pacific Islander communities are self-determined, empowered, and engaged.